Quotation of the day: “For many are called, but few are chosen” St Matthew 22.14 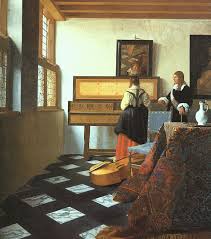 Let’s now turn to the recurrent criticism that the percentage of “A” marks is rising, and that this is worrying.

If you look at the league tables for independent schools you will see percentage passes that resemble the votes cast for the Communist Party in a Soviet election. No one seems to raise this as an issue, or think it strange. Nor should they, for what else would you expect of institutions with very clear academic aims, a highly selected intake, and enviable financial resources ?

But in fact 93% of young people are educated in the State system. Now, presumably, no one is suggesting that all the most academically able students are to be found in the private sector. There must therefore be a large number of pupils in Britain who have the ability to do outstandingly well. Let us for now assume (without conceding the point) that the demands of the modern exams are less than they were in the past (I think you would have a job convincing the many hard working youngsters who have to take them that this is so). We would then expect this “bright” upper stratum to be obtaining very high marks. Does this mean that the exams are faulty – or does it mean that this upper level group are not being taken as far as they can go – that they are “not being stretched” ?

I believe that the issue arises from a conflict between two views of the nature and purpose of the examination system.

The first duty of the State system is to provide mass education, which should offer an equal education for all. It is evident that this does not always happen. But is anyone suggesting that all State schools are inferior and substandard to their private sector counterparts? As but one example, which I am sure can be multiplied a thousand times over, go to the records and look for our nearest local school, the Camden School for Girls. Parents are queuing round the block to get their daughters in. I therefore say that, though there is room for improvement, State education is surely on the right road, and progressing.

I offer a further point of comparison with the private sector. Whereas no one in their right mind can deny the achievements of, say, the two (highly selective) St Paul’s schools, examination of the results across the whole private sector yields a rather different picture. Again I quote in our area a private school, which as far as I can see offers a good education. But its results are no better than another Camden secondary school, which has to take pupils from across the whole social spectrum.

So today’s point is:

When you are educating the whole mass of the population you are going to find large numbers of talented students. And as stated before, when you train them well, you will get not only higher numbers, but a higher proportion of successes.