There are no doubt extreme advocates of music which deals only in sounds outside of the traditional range of orchestral musical instruments, and also there are presumably dinosaurs who believe that music can and should only be made with the traditional instruments. But to anyone living in the 21st Century, with only a modest openness of mind, such views are far too restrictive. The creative exploration of timbres is clearly potentially a major dimension of the composer’s work.

One dimension lies in the combination of timbres, a field which was opened up in the concert world above all, at least to my mind, by Webern, by Ives, and by Varese. The latter first expanded the concept of what could be done with the traditional orchestra (eg Ionisation) and then with electronic sounds (Poème électronique )

Less regarded by the musical Establishment were the creators in other fields – in particular the Swing/ jazz big band, extended further by Sauter Finegan, Stan Kenton and, wonderfully, by Miles Davis ( Birth of the Cool, and the albums with Gil Evans).

Composers have also built on the work of anthropologists and ethnomusicologists, finding inspiration in world musics such as the Balinese gamelan (starting with Debussy!), the African drum ensemble and Northern Indian Classical music (John McLoughlin). Felix Cross has used the music of the Caribbean for major musical/operatic projects.

Yet I feel that so far, we have usually only drawn upon such music. The world has changed: communication is rapid, easy and relatively cheap, and electronic media make it possible to conduct dialogues or lessons across the world, to build musical recordings at a distance and even for electronic musicians (such as DJs) to “jam” together.

It therefore seems to me that composers should perhaps be working directly with combinations of the various ensembles mentioned above. Already musicians such as jazz saxist Courtney Pine have created works with both jazz musicians and musicians from other black music genres. But how about a composition which combines on equal terms say a string quartet, a sitar and a tabla player and a blues guitarist? (the mind reels ! – but the point holds, I think).

Furthermore, I am certain that the orthodox or Establishment musical world is at best unaware   and at worst disdainful of what is achieved in this respect by musicians who work in commercial Dance forms. Yet even a casual reading of the professional press (eg Computer Music magazine) will reveal their deep preoccupation with sound quality in all its aspects, resulting in the most subtle differences, even in the case of instruments traditionally scorned by the “sophisticated”, such as the bass (or kick) drum. Few composers could not learn from these studio musicians and their manipulation of electronic parameters such as compression,distortion, reverberation and equalisation.

The other dimension of sound colour and texture lies in what can be done on the individual instrument. At this point, the interest in sound for its own sake becomes intimately liked with the way in which the performer communicates emotion, makes contact with and moves the audience.

Of course, the sensitive use of a range of subtle changes in timbre (caused, for example by placement of a bow, or touch) together with the effects of accent (typically generating more cutting or harsher overtones) is a basic part of the skills set of all performers. Further interest is added by articulation (legato, staccato) and by portamento or glissando between notes.

But I am inclined to believe that much more could be learned from other cultures. African drummers expect to get a large range of sound out of their instruments – for example, a player of the Atsimewu drum used in the music of the Dagomba people (Ghana) is expected to produce nine distinct sounds. It could be argued that the very centre of the art of the Blues is an infinite range of techniques which turn a limited range of notes and configurations into masterpieces of musical expression. 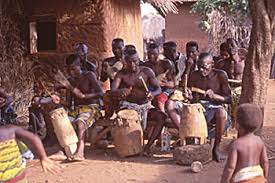 The emphass on these aspects of music has been developed by various anaylsts, following the insights of Charles Keil (eg Keil C. (1966). Motion and feeling through music. Journal of Aesthetics and Art Criticism, 24, pp. 337-349; Keil, Charles. “Participatory Discrepancies and the Power of Music.” Cultural Anthropology 2, no. 3 (1987): 275-283). 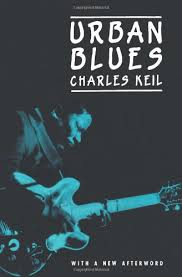 He formulated the notion of “participatory discrepancies” . To make the notion clearer, he wrote: For “participatory discrepancies” one could substitute “inflection,” “articulation,” “creative tensions,” “relaxed dynamisms,” “semiconscious or unconscious slightly out of syncnesses.” For “process” one could substitute “beat,” “drive,” “groove,” “swing,” “push,” etc., and for “texture” one could substitute”timbre,” “sound,” “tone qualities,” “as arranged by,” and so forth. This was a response to the work of Leonard Meyer, who was an advocate of the values of “classical” music. Keil felt that the theory “could not account for the value and greatness I felt in the John Coltrane Quartet, in jazz generally, and in all the groovy sensual music of the world”.

Certainly, for me, music can even have a classically definable structure, but can be given a whole new dimension if the performer is then given the freedom to add “participative discrepancies” of a type way beyond what is acceptable in conservatory music training. Following the direction indicated by the blues and by free jazz, the given pitched notes can be modified or transformed to the point of abstraction.