(1) A world of sound – intentionally organised

Starting from the most general point, it is obvious that music is an art which acts through the ear. Thus the whole world of sound is the potential material of music, just as colour is the essential (but not of course only) material of the painter. For me, all sound has a potential to be music. However, it is not at this point music, since music is not only heard, but has impact or significance.

This is still not an adequate definition, since a sound, for instance the accent of one’s home town, may have significance because of its personal associations. And an explosion certainly has impact. For sound events to be music they must also be organised and presented by a human being.

It might be argued that, for some decades now, this would ignore music made by artificial means, notably by computers. But I argue that the generating force is still a human being – the computer did not program itself.

There certainly situations in which the creator has intentionally relinquished responsibility (as did John Cage in Symphony for 12 Radios) and so did not know what the outcomes would be. Cage was partly concerned with rejecting music which is concerned with personal expression, instead relying on chance to generate the sounds. Cage wished to get away from precisely what I am arguing for – the taking of responsibility for organising sound. 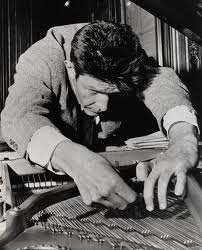 I do not accept that this removal of self is possible ( I certainly don’t think it is desirable). Among others, the French author Emile Zola wished to create a work analogous to science, in which the world is observed and presented, and the author merely records objectively what exists in the world. That this is not possible seems apparent to the common sense view – however much we may change during our lives, how can we be anything but unique individuals inhabiting our own space, and with unique histories and so a distinctive view or slant on the world ? If more than “common sense” is required, we can note that it is a fundamental of sociological thinking that the observer cannot be completely detached but brings a world view – Marxist sociologists, especially, see our views as being culturally constructed. Then of course there are the immense debates in science about objectivity – or the lack of it – notably around the work of Popper and Kuhn – not to mention the many (I believe at times dubious) extrapolations of Heisenberg, to the effect that the observer inevitably affects what it observed.

There are other arguments against the Cage type of view. One is that such composers nevertheless consider themselves as contributing to the world of serious art. Thus their intervention is conscious, planned and very individual, even though the content of that intervention is not structured by them. But morally speaking, we cannot take an action and then wash our hands of it.

However, for me, this music is not of great value as music , because I see the above type of composer as making a philosophical statement through music, using music as an example. Like conceptual art, this may have interest, value or popularity, but let us insist what it is – a dramatic form of presenting ideas (often rather obvious ideas) of a general nature.

In fact, visual art gives us a further step in the analysis, in the notion of found art, such as the famous Fountain of Marcel Duchamp (which was a urinal displayed on a pedestal). 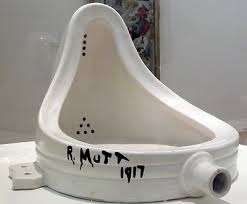 Clearly this can make us think, but it is again a reflection upon art – it draws our attention to an aspect of the visual environment which we may not have noticed. Interesting, possibly, but a perspective on visual experience, not an artistic work. ( I should state that the latter term is not meant to refer only to Beethoven and such musicians – the music of Justin Bieber would also meet the first level criteria which I am trying to lay down).

We can find similar examples in aural art too. It seems to me that works such as Drift Study of La Monte Young are not art works, but works making a statement or seeking to heighten our awareness of the world of sound. 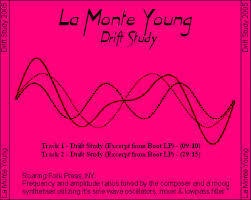 Some might argue that the same could be said of a recording of the rhythmic sounds of a railway train, for example the case of Pierre Schaeffer noticing and drawing attention to the musical dimensions of such sounds in Etude aux Chemins de Fer. But in contrast to the productions I have so far mentioned, I consider this piece not only to be an artistic work but a work of art. The reason is that the capacity for sensitive and imaginative aural observation shown by Schaeffer is then extended to create a work of some length (the first requirement of Aristotle’s view of literature, as stated in the Poetics). The work also has form and structure, which certainly draws us into a sensuous experience of timbre and rhythm, but also gives and requires an intellectual appreciation of the selection and ordering – in short the composition – of these sounds 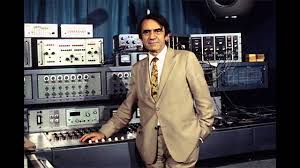 Thus my first conclusion is that the whole world of sound is the resource bank for the composer, but that for me to consider what is presented as a musical work, such sounds must presented in composition of some length and manifesting unique human capacities of selection and ordering. There must be an intention to present a view of the elements of music, and typically some more general statement about the world is also presented. Such a definition immediately includes such masterpieces of electronic music as the Poème électronique of Edgar Varèse, Paul Lansky’s Six Fantasies on a poem by Thomas Campion and the Wireless Fantasy of Valdimir Ussachevsky.