Music is “a marked-based, problem-solving method such as mathematics” Levi R. Bryant (quoted in A Ashby, The Pleasure of Modernist Music: Listening, Meaning, Intention, Ideology)

“Music is the actualization of the possibility of any sound whatever to present to some human being a meaning which he experiences with his body—that is to say, with his mind, his feelings, his senses, his will, and his metabolism” Thomas Clifton, Music as Heard: A Study in Applied Phenomenology 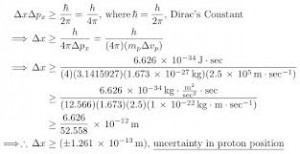 Well, now you’ve got the definition clear, we will return to the more mundane task of examinations. But first, on jargon. I take this to be unnecessary or unhelpful technical language. But technical language itself is just the opposite – it enables us to talk about a subject in a precise, accurate and efficient manner. Let’s have an example: “dominant seventh”. Two words sum up the fact that this is a chord (which is….), a particular chord containing a major triad (which is…) with an added minor seventh (which is…) and which has various musical functions and characteristics (which are…)

So my bits of jargon, which will recur in the remaining blogs, are “criterion-based” and “norm-based” exams. I’m now going to use them in a statement and the “unpack” what they mean. (Note to students: If you have write essays on Educational Theory, you should be cautious about using these. There is a definite trend among theorists of Education to announce ancient wisdom in new fashionable language, and to dismiss scornfully similar formulations in an earlier jargon).

My claim is: “In assertions about ‘dumbing down’ there is typically a failure to recognise that an assessment system which is to serve the aims of mass education needs to be criterion-based rather than norm-based. Recognition of this difference would immediately re-focus the debate”

I don’t need to repeat the points already made about mass education. But we do now need to go on to the point that, in a system with such aims – equal opportunities, maximising the potential of all citizens, etc), in principle everyone could get 100%. and, far from being a criticism, this would be the highest praise for the system. It would also mean that teachers had done the job perfectly.

Of course, this does not happen in reality, and never will. People vary in aptitude, application, and personal circumstances. But the point is that the failure by candidates to get 100% is not built into the essential nature and structure of the exam. So for us, “criterion-based” is a useful shorthand to indicate a type of test in which anyone who can produce the right answer or performance will pass. It does not matter if no one passes or everyone does, only that everyone can. Good examples are the Driving Test and Music Grade exams. There is no quota of passes. Do the work, do the right things in the test, and you get your pass.

Now one of the great educational advances of the last 50 years has been that those who set themselves up in judgement as examiners now have to produce detailed criteria defining the aims and content of the exam they are creating. Teachers may feel (not without good reason) that all too often this approach proliferates wasteful and pointless bureaucracy and form-filling. But I would counter that the modern system is only just, in my opinion. If you are going to have the temerity to judge people, it is reasonable to tell them what they have to do to be judged favourably. By contrast, in the old system there was a good deal of judgement based on the assumption that a given group of people knew what the game was and that the student had to be smart enough to find out. The cynical would suggest that this was a form of “guess my mind” system, which had the result – and the purpose – of weeding out applicants who were not in “the club”.

Earlier I suggested that one reason for the rising success rates has been a focus on passing exams. I now refine this claim by saying that the process of preparation
has been made much more efficient, because there are much clearer definitions of what is required. The student (and teacher) who knows clearly what s/he is supposed to do is clearly more likely to do it.

Some people would call this “spoon feeding”. But what is the virtue in spending vast amounts of time, energy and money broadcasting information to classes in the vague hope that they will see what the purpose is ? If someone asks you to shop for them, and they wish to create a salad, your journey will be more effective if you are not looking for “a salad” but, say “500g tomatoes, 1 cucumber, 1 lettuce etc”.

Now those of you who have taken Grade exams in Music will recognise that this is precisely what happens. You play three pieces chosen from a list, you play them at given speeds (typically now stated as a metronome mark), you play certain scales at given speed, with named dynamics and articulation etc. If you do the work, you will pass, not least because you know what you are trying to do.

We now have the answer to the claim that “too many people are getting As”. Ideally they all would. A more interesting and useful question would be “Why don’t they ? Many people exhibit the contradictory behaviour that they first require teachers and students to work towards exams, which are set up as the key to social mobility, wealth, personal development (and probably automatic promotion to Heaven in the next life), and then bemoan the fact that they succeed. It is as if we censured a doctor because none of his or her patients died ! “These results are far too good. Whatever are they doing ? We need some more deaths from lung cancer to make the figures real and credible”.

So what about “norm-based” exams? It’s really very simple. The aim is the opposite of that just described – the main purpose is to test candidates in such a way that there is a ranking order. To do this the test needs to discriminate between candidates. (In this context we’re not talking about their gender, race etc, but in the number of marks they get in the test). A test will exhibit “good discrimination” if it allows us to perceive clear differences between the candidates. The IELTS exam in English (for foreign students) is overtly constructed on these principles and some questions are devised which only someone with a near-native command of English will be able to answer. (Note that I am not condemning the IELTS system – there are very good reasons for this practice).

Today’s message: In a criterion-based exam everyone can pass, and get a high mark (in principle) – which is, I claim, what the aim of the State exam system is and should be. By contrast the aim of the norm-based exam is to select out or grade, and to find the most able performances. This is obviously what critics of the system are looking for – typically they even say so.