Quotation of the day: “Render unto them a recompense, O Lord, according to the work of their hands” Lamentations 3. 67 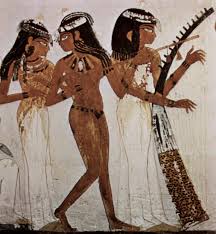 Quite soon now we shall have the annual round of breast beating, lamentations about “falling standards” and “dumbing down” which accompany the release of the GCSE and A Level results.

The poor old teenagers must feel like giving up in despair. They go through all that work – and boredom – learning apparently meaningless knowledge, only at the end of it all to be put down and told that their results are pretty feeble or worthless.

The trouble is that they don’t know how to answer back. But I do. For years I have felt that, having achieved considerable success in the academic system, I owed it to those who gave me those chances – which changed my life – to speak out when I felt that speaking out was needed. This is especially essential when we see the successful pulling up the ladder after them. (I can’t possibly name them, or I shall be bankrupted by lawsuits, but I suggest that, when you hear the voice of educational superiority intoning words of doom, you should just check what their education was, and, especially before about 1980, who paid for it. You will find an awful lot of people like me who had State grants -yes grants, not loans-which in my case paid for just about the best education money could buy.

Today, I’d just repeat a few things which we all know, and see if you agree with my conclusion.

(1) For years now the school system has been aligned to the League Tables. Some think this system is a way of ensuring standards – which was the original intention of Mrs Thatcher, whose government set them up. Others think that they skew the system, and hinder “real education”.

(2) To a greater or lesser degree therefore (usually greater), all schools dedicate a lot of time and effort to preparing for the exams which determine the tables.

(3) If you decided to become good at playing an instrument, spent all your available music time on practising, and spent most of your day doing this, being guided by a dedicated and well-educated teacher, what do you imagine the result would be …?

To put it in more general terms, if we focus on a goal, we are more likely to achieve it and achieve it well, than if we don’t. (Doesn’t take much working out, does it ?).

So why are so many people, who know these things as well as my readers (if any), so surprised that, in the light of the above, kids do well in the exams to which most of their school time has been dedicated ?

And why are they surprised that this yields more impressive results than were obtained 30 or more years ago, before the Thatcher revolution (for such it was), when schools were not subjected to such evaluation ?

So my “Thought for the Day” is:

The reason for an apparent dumbing down, is because the results actually are better. What you train for, you do better.