Quotation of the day: “It is good for a man that he bear the yoke in his youth”. Lamentations 3. 67 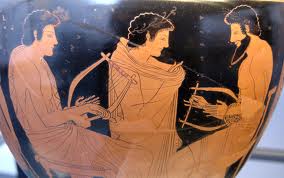 The large majority of young people are demonstrably achieving much more than ever before. Even if the examinations are of a lower standard, I argue that this claim still holds good.

The danger of the “dumbing down” arguments is that we compare the situation of a large mass of young people today to that of a minority in the past who were highly selected – I was one of them – and who were the high achievers of their day. Instead we should compare the achievements of the mass of modern youngsters with what similar pupils achieved in the past. Anyone who is old enough to remember the Secondary Modern schools will remember that little was given to their pupils and less was expected of them. They had very few achievements, because they were not given the chance. It was the province of the selected elite to get academic qualifications.

I was one of the teachers in the first wave of the educational changes which started to pick up the pieces. The Secondary Modern “11 plus failures” had the chance to repair the damage by going into Further Education. Many then demonstrated that they too could get GCEs (as they were then called) and could also go on from there.

I will give a musical example. Terry Mortimer, whose name and work appear elsewhere on this site, is a good example. He left with one GCE (Technical Drawing) and shared with all his fellow students low self-evaluation of his talents and low expectations. Given the chance to remedy this by the then Cambridge Tech (more accurately, the Cambridgeshire College of Arts and Technology), he achieved two good A Levels, a degree at Goldsmiths’ College and went on to a successful career which included being a Musical Director for the National Theatre.

So my argument is that the examination system (though capable of and needing modification) is in fact achieving what its real purpose is, should be and needs to be. That is to give targets and structure to school work, and at the end of the process some public assessment of what has been achieved. And this purpose is directed, as is the school system itself, at the whole range of the population. I maintain that the primary purpose of the system is to shape and validate the educational experience of the whole population, not to find and prepare elites.

Today’s point: The system is doing this reasonably well, when we compare the situation for comparable students half a century ago. I would add that this purpose is not sufficiently stated, firmly, and with the pride which such a noble aim merits.

Many readers will find the above arguments troubling, because I seem to be rejecting elites, like some 21st Century version of Mao’s Cultural Revolution. My response to this will be given in another article.